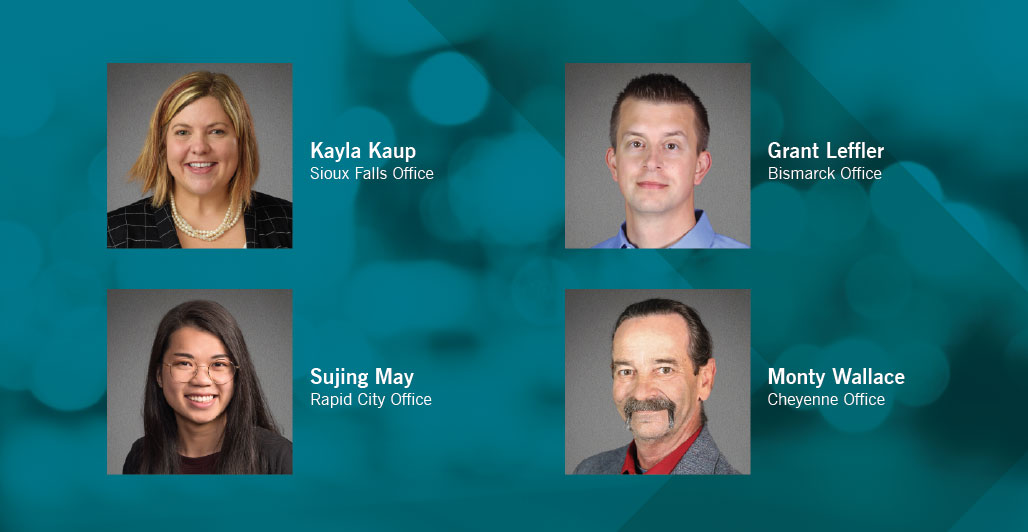 We are proud to announce the addition of four new team members to KLJ.

Kayla Kaup has joined the team as a project assistant in the Sioux Falls, South Dakota office. Kaup earned her bachelor’s degree from Dakota State University in Madison, South Dakota.

Monty Wallace comes to KLJ as a surveyor in Cheyenne, Wyoming and brings with him many years of surveying experience. In his most recent role, Wallace served as a party chief for over 20 years.

Sujing May recently joined the Rapid City, South Dakota office as a landscape architect. She is a recent graduate of Iowa State University where she earned a bachelor’s degree in landscape architecture. While attending the University, May served in many leadership roles in various organizations.

Grant Leffler recently started as a finance and audit analyst in the Bismarck, North Dakota office. He earned his bachelor’s in accounting from the Charles H. Lundquist College of Business and brings many years of accounting experience to KLJ.