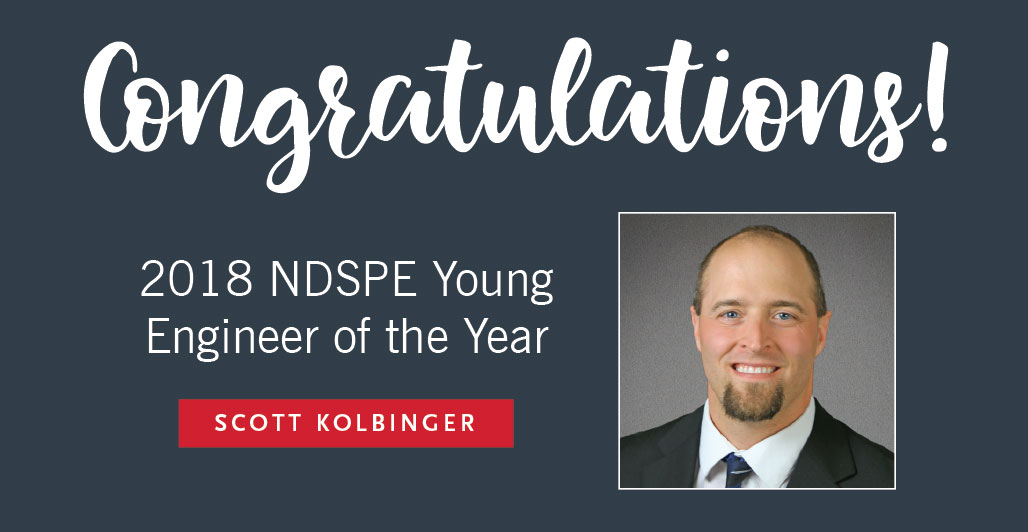 KLJ is proud to announce that Scott Kolbinger has received the North Dakota Society of Professional Engineers (NDSPE) 2018 Young Engineer of the Year award. He received the award at NDSPE’s Annual Conference and Business Meeting held April 1-3.

The Young Engineer of the Year is determined by the NDSPE state awards committee. The winner from each chapter (five total) in North Dakota is submitted to the State for consideration. The committee scores each candidate based on the engineer’s work responsibilities, past project experience, community involvement, and involvement within NDSPE.