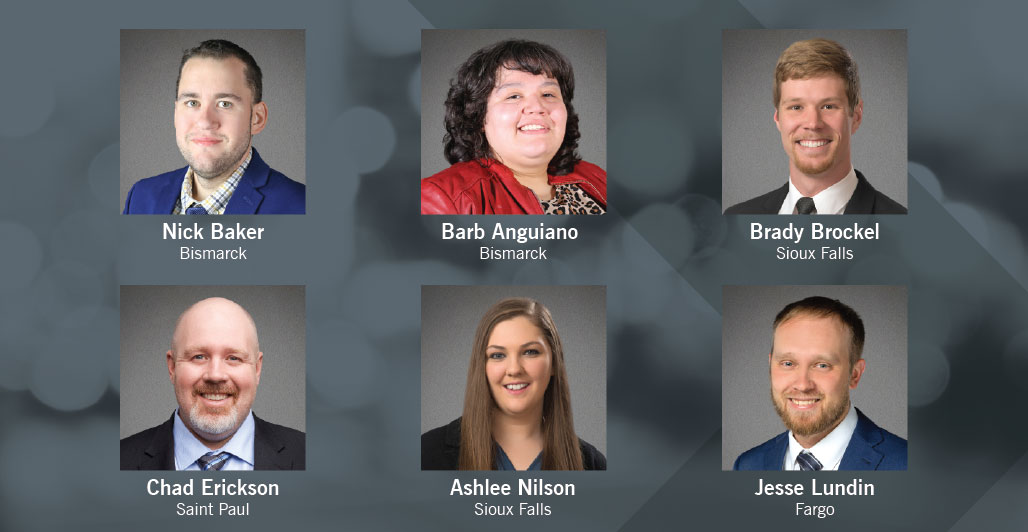 Nick Baker joined the team as a human resources specialist in the Bismarck office. Nick brings a number of years of HR experience with him to the team.

Barb Anguiano comes to KLJ as a proposal coordinator in the Bismarck office. Barb has a bachelor’s in journalism from Indiana University.

Brady Brockel has been working as an engineer in the Sioux Falls office. Brady attended South Dakota State University where he earned his bachelor’s in civil engineering.

Chad Erickson joins KLJ as an engineer in the Saint Paul office. He has a bachelor’s degree in business administration from the University of Wisconsin and brings extensive engineering experience to the team.

Ashlee Nilson is working as an environmental planner in the Sioux Falls office. She earned her bachelor’s degree in ecology and environmental science from South Dakota State University.

Jesse Lundin comes to the team as an engineer in our Fargo office. He has his bachelor’s degree in civil engineering from North Dakota State University.