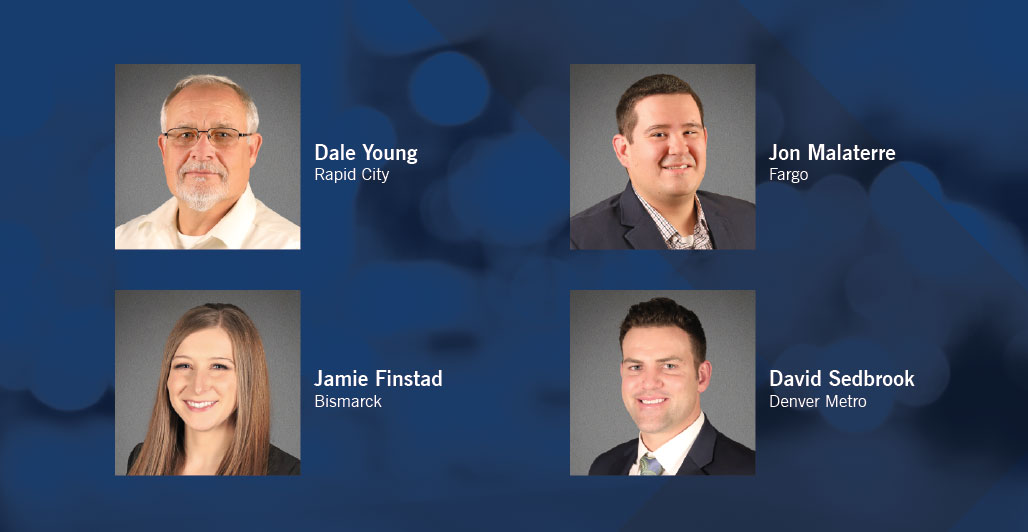 Dale Young comes to KLJ as a right-of-way agent in the Rapid City office. He earned his bachelor’s in mathematics, with a minor in computer science, from Black Hills State University in Spearfish, South Dakota.

Jon Malaterre joined the team as an engineer in the Fargo office. He earned his bachelor’s degree in civil engineering from North Dakota State University and is currently pursuing his master’s at the University of Idaho.

Jamie Finstad joins KLJ as a marketing and communications coordinator in the Bismarck office. She attended the University of Mary where she earned her master’s degree in business administration.

David Sedbrook is working as a government relations specialist in KLJ’s Denver Metro location. David has a master’s in public policy and strategic public relations from George Washington University in Washington, D.C.